Trauma is a very complex topic with many concepts associated, because traumatic events can take many forms, described by types, Type I is defined as a single incident trauma, such as a traumatic accident or a natural disaster, a terrorist attack, a single episode of abuse or assault, witnessing violence and, type II is referred as a complex or repetitive trauma, such as ongoing abuse, domestic violence, community violence, war or genocide (Courtois, and Ford, 2009). 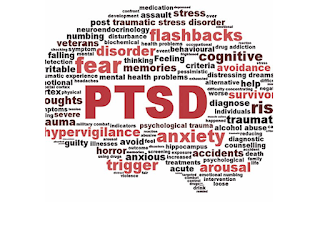 The risk of exposure to trauma has been a part of the human condition since we evolved as a species. Attacks by saber tooth tigers or twenty-first century terrorists have probably produced similar psychological sequel in the survivors of such violence. Shakespeare's Henry IV appears to meet many, if not all, of the diagnostic criteria for Posttraumatic Stress Disorder (PTSD), as have other heroes and heroines throughout the world's literature (.Friedman, ND)

In 1980, the American Psychiatric Association (APA) added PTSD to the third edition of its Diagnostic and Statistical Manual of Mental Disorders (DSM-III) nosologic classification scheme. Although controversial when first introduced, the PTSD diagnosis has filled an important gap in psychiatric theory and practice. From an historical perspective, the significant change ushered in by the PTSD concept was the stipulation that the etiological agent was outside the individual (i.e., a traumatic event) rather than an inherent individual weakness (i.e., a traumatic neurosis). The key to understanding the scientific basis and clinical expression of PTSD is the concept of trauma (Friedman, ND).

Moreover, trauma has no boundaries with regard to age, gender, socioeconomic status, race, ethnicity geography or sexual orientation. It is an almost universal experience of people with mental and substance use disorders (Hodges, Godbout, Briere, Lanktree, Gilbert, Taylor Kletzka. 2013). This is why is so important to understand its complexity.

Traumatic events are associated with adverse downstream effects on physical health, independent of PTSD and other mental disorders. Although the associations are modest they have public health implications due to the high prevalence of traumatic events and the range of common physical conditions affected. The effects of traumatic stress are a concern for all medical professionals and researchers, not just mental health specialists (Scott, Koennen, Aguilar-Gaxiola. Alonso, Angermeyer, Benjet, Bruffaerts, Caldas-de-Almeida, De Girolamo, Florescu, Iwata, Levinson, Lim Murphy, Omel, Posada-Villa, Kessler, 2013).

In this regard, the American Psychiatric Association (APA) has played an important role in defining trauma, however diagnostic criteria for traumatic stress disorders have been debated through several iterations of the Diagnostic and Statistical Manual of Mental Disorders (DSM) with a category of Trauma- and Stressor-Related Disorders, across the life-span (Friendman, ND).

The current definition of a traumatic event in the Diagnostic and Statistical Manual of Mental Disorders, Fifth Edition (DSM–5; American Psychiatric Association, 2013) may be too narrow to describe the myriad of difficult childhood experiences. Furthermore, youth may develop a distinct pattern of symptoms in relation to complex or multiple childhood trauma experiences (McDonald, Borntrager, Rostad, 2014).

In this version of the Diagnostic and Statistical Manual of Mental Disorders (American Psychiatric Association, 2013) featured extensive changes to the posttraumatic stress disorder (PTSD) diagnosis. PTSD was moved out of the anxiety disorders into a new class of “trauma- and stressor-related disorders,” and the definition of what constitutes a traumatic experience was revised. Three new symptoms were added, existing ones were modified, and a new four-cluster organization and diagnostic algorithm were introduced. Finally, a new dissociative subtype was added to the diagnosis (Miller, Wolf, and Keane, 2014).

On the other hand, the World Health Organization (WHO) is responsible for developing the International Classification of Diseases, 11th version (ICD-11) has proposed two related diagnoses, posttraumatic stress disorder (PTSD) and complex PTSD.  The proposed distinction conforms to the ICD-11 goal of clinical utility by virtue of its relative simplicity in the classification structure, clear differences in conceptual organization and limited set of symptom features. In the proposed ICD-11 hierarchical classification structure, PTSD and complex PTSD are sibling disorders, meaning that the diagnoses follow from the parent category of traumatic stress disorders. The stressor acts as the gate, which allows consideration of a diagnosis of either PTSD or complex PTSD (Cloitre, Garvet, Brewin, Bryant and Maercker, 2013). 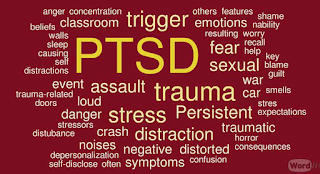 Proposed ICD-11 complex PTSD is a disorder that requires PTSD symptoms as defined above but also includes three additional features that reflect the impact that trauma can have on systems of self-organization, specifically problems in affective, self-concept, and relational domains. Unlike the PTSD symptoms in which reactions of fear or horror are tied to trauma-related stimuli, these three latter types of disturbances are pervasive and occur across various contexts and relationships regardless of proximity to traumatic reminders. This is because PTSD can occur in persons who experience fear, helplessness, or horror following threat of injury or death. It is characterized by the presence of three distinct, but co-occurring, symptom clusters. Re-experiencing symptoms describe spontaneous, often insuppressible intrusions of the traumatic memory in the form of images or nightmares that are accompanied by intense physiological distress (Yehuda, and LeDooux, 2007).

A proposal for a second trauma-related disorder was first articulated by Herman (1992), who described the potential impact of prolonged traumatic stressors like torture, domestic violence, childhood abuse) on self-organization, independent of PTSD symptoms. This conceptualization of complex PTSD was operationalized under the name Disorders of Extreme Stress Not Otherwise Specified (DESNOS) for the DSM-IV field trials.

Herman’s stated hypothesis as to why this was the case (an omission which persists) however, until recently, complex PTSD couldn’t be included as part of the trauma spectrum because it does not fit neatly under the category of anxiety disorders. It might fit equally well under dissociative disorders, or somatization disorders, or even personality disorders. Complex trauma, and the challenges it poses to standard classification of PTSD, was lost within the subtypes. This remains a continuing problem not only for adequate conceptualization of complex trauma, but for widespread recognition and appropriate treatment of it, so this means that complex trauma can underlie a range of otherwise diverse presentations, which in turn receive diverse diagnoses that fail to account for the underlying trauma., and this point is critical precisely because of the breadth of responses generated by the comprehensive nature of complex trauma (Herman, 1981).

At this sense, it’s clear that understanding all diverse manifestations of complex trauma is crucial, both to recognition, and appropriate treatment of it. Yet such understanding is unassisted by the standard diagnostic categories which themselves fragment the pervasiveness and totality of the effects of complex trauma. Beyond the consequences for the child and family, these problems carry high costs for society. For example, a child who cannot learn may grow up to be an adult who cannot hold a job. A child with chronic physical problems may grow up to be a chronically ill adult. A child who grows up learning to hate herself may become an adult with an eating disorder or substance addiction.