There are between 6900 And 7500 languages in the world, according to the Ethnologue, which is a renowned database and publication in the field of languages. It is estimated that there is a language for each 862 000 people on the planet.


The most widely spoken languages in the world are Mandarin, Spanish and English in that order, they are all official languages on the United Nations. All communicate to millions of people every day (Loyer, 2010).

Under this immense amount of forms of communication, anyone can be bilingual, by family culture, by choice or by necessity, but whatever the reason why people speak and understand more than one language; this has impact on the perception of the world. Of course, how a language is learned and the motivation for using this social tool, determines its development and the level of linguistic understanding. 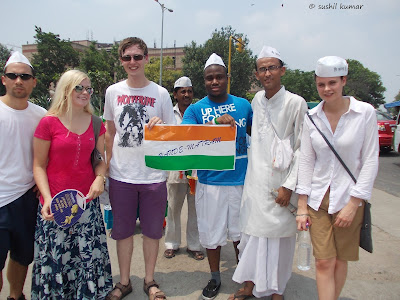 Different studies show that  younger any person starts to use a second language, will show a better execution, prosody imitation is more effective and the words will make more sense (Perani, Dehaene, Grassi, Cohen, Cappa, Dupoux, Fazio, and Derrida, 1996). However, this depends on the need that is used as a means of communications, it will depend how much the second language is listened and how much can create conceptual linkages with the world.

Are you advantages being bilingual?

Various studies have shown the benefits of learning a second language in the case of young children, for example, increase meta cognitive skills, because speaker has to think clearly what to say, developing the skills of divergent thinking, and can be more skillful in spatial perception and word games. In addition, when children or elderly people who fluently speak two or more languages are compared with persons who speaks only one language, bilinguals are more capable of associating concepts and remember words (Marian, Faroqi-Shah, Kaushanskaya, Blumenfeld & Sheng, 2009).

In addition, some studies mentioned that the cognitive decline that happens in a natural way with the passage of the years, is slower in the bilingual persons, because apparently the continued use of both languages as a communicative need, makes more relaxed the symptoms of senile dementia (Bialystok, Craik and Luk, 2012). 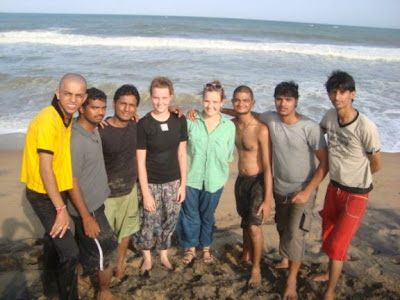 A recent study shows that the bilingual tend to the use more both cerebral hemispheres, because the languages have different intensities of pronunciation and because sometimes before you say the word, there is a inner image of the word to be able to pronounce it more correctly (Kovelman, Mascho, Millot, Mastic, Moiseff and Shalinsky, 2012).

When we analyze the differences with brain imaging between monolingual and bilingual people who learned the second language from adolescence, there is clear evidence that brain regions differ between languages, but these differences are unclear when the second language learned at the same time as the native language (Jamal, Piche, Napoliello, Perfetti and Eden, 2012).

In addition, when the second language was learned at the same time than native language, have other advantages, for example, prosody is almost perfect and not incur the language processing that make the people who learn the second language at older age, that is to think in the native language, translate into the second language and pronounce.
Other advantage is there is more solid conceptual structures and brain processing joint allowing greater brain balance (Perani, Dehaene, Grassi, Cohen, Cappa, Dupoux, Fazio and Derrida 1996). And there is apparently a minor tendency to neurodegenerative diseases, because there is no doubt that is a good option that adds much to the cultural and wide background friendly networks (Fox, 2011).

However, the brain studies usually are conducted with people who meet a feature: are bilingual or multilingual, as it is a priority of research protocols. But what happens during the development of the second language, when it is given by educational needs?. 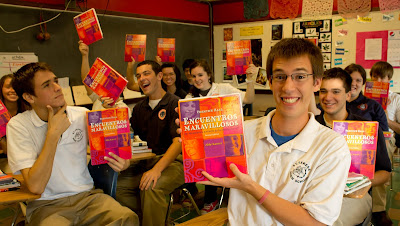 A usual complaint from parents is that learning a second language is involved in the development of the native language, when it is still has not consolidated. The problem is greater if the child does not have the opportunity to practice the second language constantly, by what is seen only as "another" learning.

But during the learning of the process of language, the errors make sense. Even in the native language, children make mistakes of conceptualization of pronunciation of structure of phrases. Between more uses can have a word, increases the likelihood that is to join the personal vocabulary.

But it is worth analyzing the process of language: the language is basically built by sounds, each letter has an associated sound, and then they have to recognize the combinations. These combinations create words and words phrases forms. Children learn that order, naturally, since they are immersed in an environment where hear and recognize sounds language all the time (Dzib Goodin, 2011).

That should add grammatical structure to form phrases, and of course, vocabulary. More words are taken in hand, more possibility of wealth in the development of ideas.

The truth is that the brain applies the same rule for all learning: more used, creates more neural networks. So the recommendation is that the learning of the second language, be provided in a context where a necessity, where heard continuously, is created they are structure differences, play with the mistakes, and learn from them. 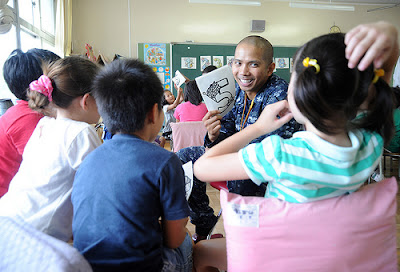 More grammatical structures are practiced is easier to recognize them. This is just one reason  there are teachers who use Twitter as a teaching strategy; and students find friends from other places and create a real need of communication.

Read the subtitles of TV shows or movies is another tool that helps, listen to songs,  watch movies, any  resource can be good if children opens unexpected doors.

Learn or not to learn
Learning a second language allows to know and come into contact with other cultures which enrich the neural networks, without a doubt. As an example, is impressive the difference of scientific production among Latin American countries, compared with the scientific production has in other languages. This allows greater knowledge about the issues and greater advancement of science.

More languages are developed, more contact you have with others. It has many advantages and personally not I see no a disadvantage. The native language is benefited, learn customs, it is more prone to travel to other countries, that broad conceptual richness of the world.

My only advice is never will be embarrassed out of our native accent, that gives a personal signature to the language. Nor of will embarrassed out of its origins, by which the bilingual, you will always be at some disadvantage with respect to speech and writing of those who use their native language, but one can always print a special color to our communications.

Usually the question is: what is the best age to learn a second language?. There is no age, will do so. The brain is plastic, likes to learn, likes to try new things, it is innovative. If the second language is learned as the need, it will have greater progress, since it has to practice more constantly and learn more from mistakes.

My husband and my mom have the goal of learning English and Spanish respectively, because they want to sit and talk one day without me translating them. And little by little try, at the same time as I wide my language skills every day, because even my level was very good when I met my husband, I have never stopped learning, a word or phrase to the day, and I have given me the opportunity to make mistakes, and ask they repeat me something or smile when someone understood me not.

Never stop learning, when the world is open to teach.

Posted by Unknown at 10:39 AM
Email ThisBlogThis!Share to TwitterShare to FacebookShare to Pinterest
Labels: culture, environment, foreigner languages, language, learning