How much do science cost?

There is no doubt science saves lives, but it seems the price is high to the economy of scientists whom never gets the same recognition as sport teams or are paid properly for their work.

What  do a scientist do?, ask questions to solve specific problems or create basic research that solve other problems and a time that they have done this, their work is to publish their findings.

Publishing means reading other scientists, because ideas do not emerge from nothing, are confronting models and theories that allow them to know if their ideas are correct, if not, must return to the laboratory or the field to continue working, all this is paid by universities, institutes or laboratories. 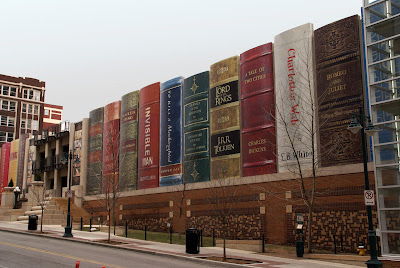 These places must provide to scientist of everything they need, and  pay annual premiums rates for having access to journals and databases that will enable it to have resources to work. Libraries are well aware of the cost of each of the magazines and each year they must decide if it is worthwhile or not continue magazine subscriptions.

If the library does not subscribe to a specific magazine, the scientist or group of scientists must pay between $36 and $300 dollars for save to a single article. The other option is having acces for hours, days or months, but the price can be between $20 and $71 dollars. If an average article require between 50 and 100 references, articles and books, we are talking about a lot of money invested in a single publication. From here the science has a cost and very high.

After months, or years of work and happy with their discoveries,  scientist has three options: If they live in Latin America they can send their article to journals that do not charge for posting and are often open-free- access. These magazines work in universities or research institutes, however gratuity has a cost: time.

Submit a paper to a journal in Latin America requires at least 6 months to receive a response that only says: "we have received your article or not interested in your article ". Sometimes those 6 months are just to apologize because "we had not had chance to review your email and attachment but we will be in touch with you".

In other occasions that time easily becomes a year of waiting, after which you can get a message saying: your article is accepted without modification and will be published as soon as it is possible (that can be up to 3 years later from this message) or your item requires modifications, in such case it will be necessary either, never desired message: “your article not observes our publication criteria”.

In such a case, if researcher had an idea that was novel or important to the world, after one, two or three years, certainly it  lost impact, because science progresses fast.

Why it takes so much scientific publications?, simple: the editorial committees are researchers who are not paid by reading articles, but that this work is part of the ordinary academic functions that are added to give class, meet alumni and of course publish their own articles.

But let’s suppose that our research is so important to look higher and send this article to a magazine out of Latin America, it must be  translated into English and search a different magazine, those that cost more, let’s say Science. Well first of all, your chances of being published is 1 in 10, since it is known that 90% of the articles are rejected, because everybody want to see ideas posted there.

Other magazines have a rate of rejection between 50% and 70%, think in a high impact journal and have a higher rejection rate. The rejection does not always occur because it is not a good article or it did not meticulously check every detail of the study, but because it does not conform to the editorial policies. Add to the cost time, mental confusion, because a rejection, is a rejection  and it’s painful!.

If accepts that rejection, nobody gonna you pay to this  scientist all those long working hours, years of research or the multiple disappointments before publication, no!.

So there are magazines which are referred as Open Access, which offered free articles to readers, but wait!... are really free? for whom?

Open Access Journals operate with stringent editorial committees, remember that magazines take care of their prestige, and apparently do not reject articles, actually they are very kind to help make modifications and have much experience in publishing.

This new magazines get the article, review it, amending and when a message tells you that it is ready for publication, it seems that the sky shines and his scientific life will benefit, with a little luck one day our scientist will win a Nobel prize... but wait ... not so fast, The article must be published first  and the cost of publication goes on ranges from $500 in a little-known magazine to $2900 dollars if you want to see your name in PLOS Biology, that Yes!  Your  friends and colleagues  will not pay for reading it, but scientist will have to pay the price of Fame.

Suddenly science becomes a fruitful business and you don't need to be rocket science to have part of the slice.

Suppose that scientists not published and that they decide to present their work at conferences and symposium, don't worry, just have to pay for registration fees to events and of course expenses for transportation, meals and accommodation, in addition to convince the University authorities that their research is a priority.

What does cause all this?, in addition to a helplessness learned for scientists, they are faced with the pressure to publish and disseminate their work in the quick and easy way, using false information, making case flies in the face of ethical conduct, leaving the science in a bad role front society. The most recent case is the National Institute of Health in the United States, who is accused of not informing parents about the risk of their children during an investigation.

If the scientist is stopped for a moment how many times have you seen published articles where the data is inconsistent with a hypothesis?, so this makes think to students that everything in  science should be perfect, when it is not. 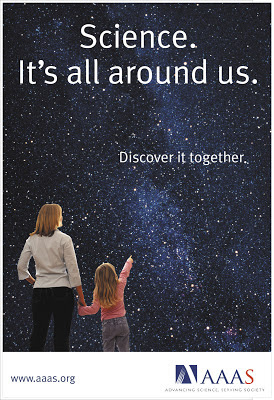 No doubt the cost of science is big and the unfortunate thing is that the way of scientific journalism is equally miserable. Only 1 of 10 scientific journalists receives a salary, so dedicated to publish without taking much time to check sources. Finally who cares about science?.

So do not expect to win a Nobel for a research, because it is worth mentioning that awards are earned by those who have more known in the high scientific areas, so in addition to research, read and publishing, scientists must spend time socializing


Tredennick, a. (2013)Why I published in PLoS ONE. And why I probably won't again for awhile.

Chambers, C., & Munafo, M. (2013) Trust in science would be improved by study pre registration. The Guardian. Available at: http://www.guardian.co.uk/science/blog/2013/jun/05/trust-in-science-study-pre-registration?CMP=twt_gu