History of the stress disorder

Trauma, Post Traumatic Stress Disorders or Complex trauma  are  terms related with the history of neurotic disorders, defined in the seventeenth and eighteenth centuries. During the second half of the nineteenth century with the increased emphasis on pathological anatomy and an anatomical-clinical medicine, the term and concept of neurosis became unpopular in Britain and disappeared from the medical writings (Trimble, 1985).

Later, Rigler introduced the term compensation neurosis, in 1879 following an increase in invalidism reported after the railway accidents with the introduction of compensation laws in Prussia in 1871. Such injuries were seen frequently in patients, victims of a violent shock on railway collision so Erichsen proposed the term concussion of the spine and it was recognized as clinical entity (Trimble, 1985). 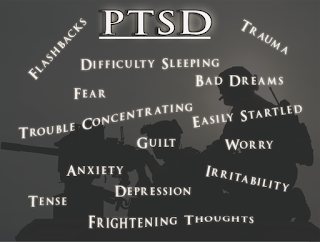 During the First World War, the conscription of a mass civilian army, which in turn was subjected to the emotional pressures of trench warfare, led to an epidemic of post-trauma illness, termed shell shock. At first an organic explanation was proposed: a microscopic cerebral hemorrhage caused by either the concussive or the toxic effects of an exploding shell. When it became clear that many servicemen with the symptoms of shell shock had not been close to an explosion and some not even exposed to combat, other explanations were considered.

The intense stress of battle, or its immediate prospect, was identified as causal factors. Rivers, who was the medically trained anthropologist who treated soldiers at Craiglockhart, believed that the disorder resulted from a failure of repression. Regular soldiers, he argued, had far greater time to build up an effective mechanism to control their fear and to master the conflict between duty and self-preservation. Conscripts, who had not been able to establish these protective defenses, succumbed to the pressures of the battlefield more readily. These ideas led post-war military planners to believe that the problem of war-related psychological injury was largely preventable. The Southborough Committee, set up in 1920 to investigate the nature of shell shock, concluded that well-led, highly trained units with high morale would be virtually immune from post-trauma illness (Jones, Wessely, 2006; Gerson, Carlier, 1992).

In an effort to prevent the epidemic of shell shock seen between 1914 and 1918 both, the civil and military authorities outlawed the term in 1939, and announced that no war pensions would be awarded for psychiatric war injuries  (the so called Horder committee leaded by EG. Horder). Henceforth, soldiers traumatized by the stress of combat were to be diagnosed as suffering from exhaustion and retained within the force. 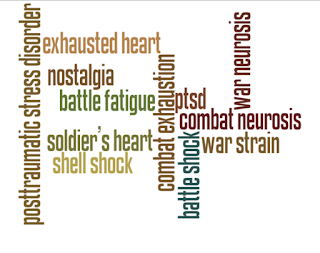 However, the emergence of psychiatric casualties after Dunkirk, among seasoned troops in the Western Desert and, later, the modest performance of units in Normandy that had proved highly effective in North Africa and Italy, demonstrated that post- trauma illness was not entirely preventable. Neither the public nor parliament was at ease with the ban on psychiatric discharges or pensions. It was gradually accepted that even elite soldiers exposed to intense or protracted stress could cease to function, and it was expressed that every man has his breaking point. Furthermore, statistics recorded by doctors for internal assessment showed forward units had returned only 20–30% of troops to combat units, though around 70% were retained in the forces in base or non-combatant roles. Treatment was not as effective as clinicians in the First World War had claimed. (Jones, Wessely, 2006; Gerson, Carlier, 1992).

With this background, the phenomenon of nervous shock began to be noticed an it was changes for survivors syndrome after the Second World War, referring to the long-term psychological sequel of survivors from Nazi persecution or more simply to survival of other extreme situations (Trimble, 1985).

In the aftermath of the Second World War, US military psychiatrists undertook a number of retrospective analyses to discover how troops performed in battle and to assess the incidence of psychiatric casualties. In the light of this work, the US Army deployed specialist psychiatric teams during the Korean War. Thanks this, DSM-I, published during this conflict in 1952, contained the new category gross stress reaction, though no operational definition was provided  (Trimble, 1985; Jones, Wessely, 2006).

It described the extreme behavioral responses of normal individuals to exceptional stressors such as war or natural catastrophes. Published in 1968 while the Vietnam War was in progress, DSM-II introduced the term transient situational disturbance. This included all acute reactions (even brief psychotic episodes) to stressful exposures. Central, however, to both the DSM-I and DSM-II formulations was the concept that these reactions would be short-lived (Jones, Wessely, 2006; Gerson, Carlier, 1992). 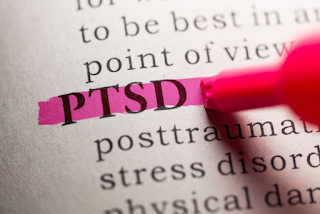 During the 1970s a paradigm shift occurred in the way that psychological trauma was conceived and managed. Until then, it was argued that individuals without a family history of mental illness or other evidence of predisposition, if exposed to a traumatic event, might develop acute psychological distress, but would then go on to recover naturally with no long-term effects, rather like a self-healing wound. The discovery of a so-called delayed stress syndrome during the Vietnam War seemed to show that healthy soldiers subjected to stress could suffer chronic, adverse effects that were not apparent at the time of their exposure. The terrifying event, until then regarded merely as a trigger, assumed a crucial importance in the genesis and description of psychiatric breakdown (Jones, Wessely, 2006).

This new concept of psychological trauma also saw the retreat into obscurity of secondary gain, the attention and rewards that a patient received as a consequence of suffering from a recognized disorder. Before the 1970s anyone who broke down and suffered long-term effects was considered constitutionally vulnerable or the product of a degenerate family; in either case, responsibility lay with the individual. Not everything, however, was attributed to pre-exposure predisposition – since it was also considered that secondary gain, which was often but not exclusively financial, could inhibit the process of recovery. After the admission of post-traumatic stress disorder (PTSD) to DSM-III in 1980, once this causation was attached to the event itself, and individual sufferers were largely absolved from blame or responsibility (Jones, Wessely, 2006).

The acceptance of PTSD by the American Psychiatric Association was in part a response to the anti-Vietnam War movement, which portrayed the veteran as a victim of an insane and unpopular war, but was also a product of a society that regarded the needs of the individual as paramount, in which rights triumphed over duties (Jones, Wessely, 2006).

This open a door to begin studies from different perspective to treat  patients and understand the implication of the effects of trauma, that so far still is in develop.